For as long as I could recall, I had always been the girl with “issues.” It was nothing big or mind-boggling at all – I could tell you that now in case your mind went straight to major mental disorders. My parents had me tested multiple times throughout the years, and the psychologists and psychiatrists could not find anything conclusive. Despite all that, my family walked on eggshells around me and treated me like a sensitive ticking bomb, especially whenever I was quiet.

It was upsetting in the beginning, to be honest. They would never say straight to my face that I was not right in the head, but their actions spoke otherwise. I used to challenge them to say that they thought I was a nutcase out loud, but they never did it. My parents would always say that they just wanted to understand me better.

What Led To Such Reactions Towards Me?

Okay, I could not claim that I did not know what made my parents do all that. I might have behaved in strange ways a few times during my childhood that made them question my mental stability.

For instance, kids of any age are typically excited to see a playground and play with other kids. When I was a toddler, though, I did not show any interest in either at all. I thought the children were too rambunctious for me, so I preferred to stay inside the daycare center or preschool classroom. And if the teachers encouraged me to go outside, I would only agree if they allowed me to take a book and sit by the tree.

When I was in first grade, my homeroom adviser called my parents to complain about me talking back and not apologizing for it. In my defense, being rude was never my intention. I just wanted the teacher to explain a topic deeper than she might have prepared for. Thus, when I refused to sit down and told her that “I would love to remain standing until you can answer my question,” she was offended by that.

I found myself in similar situations as the two mentioned above the next two years. Each time my parents would hear the telephone ring in the living room, they feared that it was from one of my teachers. They would push each other towards it until the person closest to the receiver would have no choice but to answer the call.

Once I was in fourth grade, though, the teacher asked my parents if I had already been checked by a mental health professional. Of course, the answer was no, but they promised the teacher that they would make it happen. I thought they were joking because I felt fine, but they seriously brought me to a child psychologist.

The most challenging part of that consultation was the four hours I spent answering different questionnaires and playing boring games until the psychologist was satisfied with the results. We were told to come back a week after that since she apparently had to study my answers more. When we did, she told my parents that she could not pinpoint the exact cause of my behavioral issues.

“The symptoms were too mild to become a personality disorder. However, I also saw some signs that could be seen in other disorders,” the psychologist said.

For the next few years, my parents would continue to take me to various mental health clinics to give a name to my condition. They only stopped when I turned 18 after telling them that I was done being treated like a guinea pig. I would much rather go to counseling than see another psychologist or psychiatrist in hopes of receiving a proper diagnosis.

Unlike the psychiatrists and psychologists who tried to diagnose me for almost a decade, the counselors I met were brilliant. They knew how to make a client feel welcome and safe in the office; they were highly aware of boundaries, especially regarding questions they would throw at people.

However, did you notice how I said “counselors” above? That was not because I went through a few rotten eggs before meeting a good one. It was mostly because I could not seem to get better, no matter how many counseling sessions I attended every month.

It always seemed promising in the beginning. I wanted to learn what’s wrong with my behavior that bothered my family so much and see how to curb my issues, so I was highly cooperative. But the more sessions passed, the more I realized that I was not ready to open up to any of them.

Frustrated with the lack of progress, though, my parents gave me an ultimatum one day. They wanted me to tell them honestly if it was worth paying for my sessions when my behavior did not change much. I was still as straightforward as ever; worse, my knowledge base expanded, so I could argue with my professors in college for days.

I decided to give myself counseling instead. 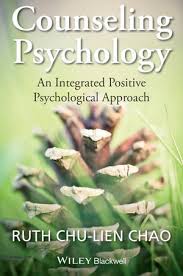